I’m here and it’s happening. Buenos Aires, baby! The flights went off without a glitch (which was a relief because it was 24 hours of car to plane to plane to plane to bus to car to get here!). My first few days have been a whirlwind as I find groceries, find my internship and find out that what I thought was me knowing a bit of Spanish was, in actuality, me knowing no Spanish at all.

For those of you just coming to the blog, I’m spending my summer (the Argentine winter) in Buenos Aires, apprentice to master papermaker Alejandro Geiler of Papelera Palermo.

Papelera Palermo is a Buenos Aires book arts collective composed of a bunch of friendly craftspeople getting their craft on throughout several buildings. The main building houses the storefront and the book binding, screen printing and papermaking studios. In three separate buildings you find the office, a linotype and letterpress studio and a glass-walled classroom. In between all of this loveliness in a lush courtyard lives the resident dog, an eleven-year old mutt named China.

I’ve completed two fun, informative and exhausting days in the papermaking studio. Exhausting because of the labor but also because of the communication barrier. I have to patient; my Spanish will get better with time. I’m picking up a lot of vocab the ordinary traveller might not get to enjoy, like:

The moulds in the picture behind la pila holandesa were all made by Alejandro. We made paper with a different mould today, a laid mould once used at the seven century old Cartiere Magnani mill in Italy. It came to Alejandro through a friend and was an incredible pleasure to use, both smooth and light in my hands. The mould and Alejandro’s pulp deserve the credit – I feel like my paper formation has never been as consistent as it was today. 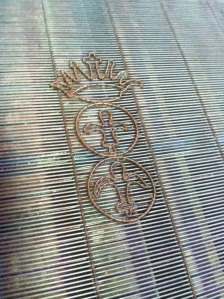 Sheets Pressed and Ready for Drying

A good day for production – 118 of this size paper. Then he put a divider in the mould, meaning each pull produced two smaller sheets. I pulled the divided sheets for two hours before calling it a day!

Two days in and I’m confident this is exactly what I was looking for – production work and a patient teacher.

I’m looking forward to sharing this adventure with you! Let me know if there’s anything you want me to expand on, anything you’d love me to post about and if you have a chance, you have until June 15th to check out my Pozible site where there are handmade paper goodies up for grabs for helping me fund this unpaid apprenticeship!

9 comments on “Papel Hecho a Mano – The Adventure Begins!”

Plain and then Yerba mate dyed #handmadepaper with #watermark
Cosmos showing up in a big way!
I just love paper so much.
Cool! #handmadepaper #papermaking #watermark
Slow going but it has a nice feel.
Modifying the surface of the oil saturated paper
The same handmade paper - just one has a lot more soybean oil in it. 😱
I made some #handmadepaper 😁 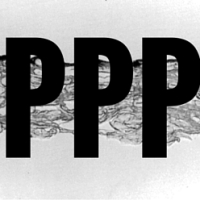 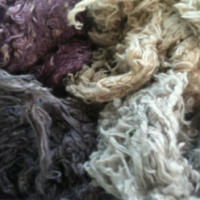 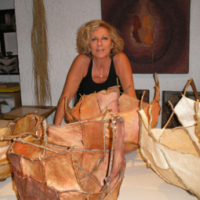